I’ve been doing a lot of thinking about relationships – as you hope one would before jumping into a life-changing situation (like maybe marriage).

Around the same time that I became engaged, I was reading a book called “The Social Animal” by David Brooks. The book is well written, often sarcastic (which was part of the reason why I enjoyed it), and, within the first 20 pages, the following sentence snuck up on me: “[…] there is no decision more important to lifelong happiness than the decision about whom to marry.”

I stopped, laughed, and continued. A line or two down, I stopped again. David Brooks was serious. “Surely,” I thought, “there must be more important things in life than who you marry, if you marry at all.” Brooks must have been aware of the Disney Princess lifestyle he was suggesting – a lifestyle I had carefully severed, synapse by synapse, from my brain after years of reading feminist works. Ambition and accomplishment, self-development and growth, inner peace and impact on the world; all of these things came to mind in the battle to be “the most important decision ever,” especially as I glanced up from the book to see Jake, doning sweatpants and a dirty t-shirt, enraptured in a game of Call of Duty. And vice versa – I mean, I’m pretty cool and all, but to be someone else’s most important decision… Uh.

Naturally, throughout our entire engagement (that oh-so-long two month period), this sentence was repeating through my mind. The choice to commit my life to this fellow was going to be the most important decision of my entire life’s happiness. This ignited some self-reflection and book reading to be done.

The first book I picked up was one that I had started two years ago, but hadn’t finished, as it didn’t seem relevant to my life. “Committed” by Elizabeth Gilbert could not be more appropriate than it is at this moment in my life.

Liz (her nickname for this post) was married once before, but fell into a deep depression when the topic of having babies came up. She battled through a brutal divorce and went on to experience what is written in her international bestseller “Eat, Pray, Love.”

In her book about re-marrying (a task she is extremely apprehensive to follow through with), Liz writes that,

“In 1849, a Connecticut court ruled that spouses should be allowed to legally leave their marriages not only for reasons of abuse, neglect, or adultery, but also because of simple unhappiness. ‘Any such conduct as permanently destroys the happiness of the petitioner,’ the judge declared, ‘defeats the purpose of the marriage relation.’

This was a truly radical statement. To infer that the purpose of marriage is to create a state of happiness had never before been an assumption in human history.”

So, this wasn’t a ‘forever’ thing. Marriage wasn’t always going to be what determined your lifelong happiness. Well, maybe it was.  If we go back, you know, in history, to a time when marriage was something that solidified the destinies of men (how many offspring you have, the quality of the womb producing them, meals on tables, sexual outlets, etc.) and women (meals on tables, roof over your head, protection from harm, sexual outlets, etc.) then one’s well-being and basic survival was the most important thing to keep one happy.

So, when any given lady is able to procur food, water, shelter, warmth, and then security, stability, freedom from fear, all by herself in this fancy contemporary world, then what’s next on her list in Maslow’s heirarchy of needs is: love.

Liz, in her many travels and conversations, stumbles upon a people called the Hmong. Her story is lengthy, quirky and full of personality, but to get to the gist of it, when she is talking to a grandmother in the village, she asks, “Is your man a good husband?”

“The best answer she could come up with was this: Her husband was neither a good husband or a bad husband. He was just a husband. He was the way that husbands are. As  she spoke about him, it was though the word ‘husband’ connoted a job description, or even a species, far more than it represented any particularly cherished or frustrating individual. The role of ‘husband’ was simple enough, involving as it did a set of tasks that her man had obviously fulfilled to a satisfactory degree throughout their life together[…]”

This is what marriage is in an unindustrialized, developing country. A place where the first two steps of Maslows heirarchy are most important to ones happiness. A place where a ‘husband’ is just a means of obtaining these things.

And now, to us fancy and industrialized Western folk, a “husband” is a means of achieving the top two portions of the heirachy: Self Esteem (Achievement, Mastery, Recognition, Respect) and Self-Actualization (Pursue Inner Talent, Creativity, Fulfillment). So I was right!! There are more important things to ultimate human happiness than who you marry. HA! Take that Disney!

And this is when Caitlin’s ego steps down and realizes something else:

What if David Brooks was right, if us humans only exist as humans through our interactions with each other (and proof of this occurs when children are abandoned and left to grow up with wolves)?

Now, his entire book is based on how humans only really exist within social structures, hence the title, “The Social Animal”. The umbrella summation: we would not be human at all if there were not another human around us. The book quotes Samuel Taylor Coleridge, an old time poet, who says, “Ere yet a conscious self exists, the love begins; and the first love is love of another. The Babe acknowledges a self in the Mother’s form years before it can recognize a self in its own.”

Going on to depict a moment Coleridge had with his child and wife:

“Their 3-year old son called out to his mother in the middle of the night, ‘Touch me, only touch me with your finger.’

‘Why?’ the mother asked.

The conclusion: That we exist as conscious beings only through our relationships with other people.

In Thomas Moore’s book “The Soul of Sex” he refers to marriage as “[…] a complete interpenetration of narcissim and altruism.”

And I’m not going to lie, when I think about getting married as something that is narcissistic, I get uncomfortable and whatever grain of egotistic modesty is lingering around my brain jumps to the forefront and screams, “You’re not marrying yourself, Caitlin! Jake is his own individual being.” And although this is true (he is his own person), we are freakishly compatible on many levels.

To prove that I don’t just read fluffy autobiographies and best-selling psychology books, in his book, “The Tell-Tale Brain,”  which is about what makes humans human (this is a science book, it says so on the back), V. S. Ramachandran gives us a curious example about the human brain in regards to mirror neurons. He writes,

“[Smith] is undergoing neurosurgery at the University of Toronto. He fully awake and conscious. […] The surgeon places an electrode in Smith’s anterior cingulate, a region near the front of the brain where many of the neurons respond to pain. And sure enough, the doctor is able to find a neuron that becomes active whenever Smith’s hand is poked with a needle. But the surgeon is astonished by what he sees next. The same neuron fires just as vigorously when Smith merely watches another patient being poked. […] A stranger’s pain becomes Smith’s pain, almost literally.”

I could stop quoting there, but this next bit is intriguing.

“Indian and Buddhists mystics assert that there is no essential difference between the self and the other, and that true enlightenment comes from the compassion that dissolves this barrier. I used to think this was just well-intentioned mumbo-jumbo, but here is a neuron that doesn’t know the difference between self and other.”

In our ultimate quest to answer the why of all whys, it seems marriage (or, truly, an intense commitment to one person [or people]) holds a freakishly large amount of responsibility for one’s ultimate self-actualization…

The past couple of months have been interesting. Very quickly I realized that never in my life would I undergo the same experience.   That is, if both Jake and I adhere to the rules of marriage and stick it out til we’re old and withered and changing each other’s diapers, then I will never again be in a period of time in which I am ‘engaged’, a ‘fiance’, a ‘wife-to-be’. I will never again plan my own wedding or propose to another person.

I’ve had a surplus of warnings from many of my elders ensuring me that there is no reason at all to rush into things (unless I’m pregnant — I’m not). And I knew this. But their opinions were having no effect on me. In the end, I’d ask myself two questions: Do I want to marry him? Yes. Do I want to put the wedding off for a couple of years? Definitely not. So, that part was simple.

This post is a kind of revelation post. And by no means am I saying that these are the rules by which you must live your life and have your relationships, but these are the guidelines that make sense to me:

– If, as Brooks suggests, you exist only by the people around you, then you want to be sure that the people you surround yourself with are living the type of life you want to be living (for me, it is important that their be an abundance of happiness, support and spontaneity. Jake is this).

– If, as V. S. Ramachandran explains to us, mirror neurons blur the lines between self and other, then the person you choose to commit yourself to, or partner up with, is likely going to be extremely similar to yourself. When they are sick, you feel their sickness and do whatever you can to heal them, species survival tactics and whatnot. (I have also experienced this people blurring effect whilst engaging in spiritually enlightening coitus. It’s pretty trippy.)

– If, as Liz points out, marriage is a means to creating a state of happiness, then the fellow beside me, currently trying to pull out his own nose hairs while a pen is dangling from his mouth, creates an infinite amount of joy in my life, and that is reason enough.

“[…]the sacred lies concealed within the profane. Our marriages may appear on the surface to be plain human couplings, but deep in their core the polarities and tensions of all life work themselves out, accounting for deep joy and absolute frustration […]Marriage is a rite of passage, not just into a role in life but into a new level of being.” – Thomas Moore

8 thoughts on “The Purpose of Relationships” 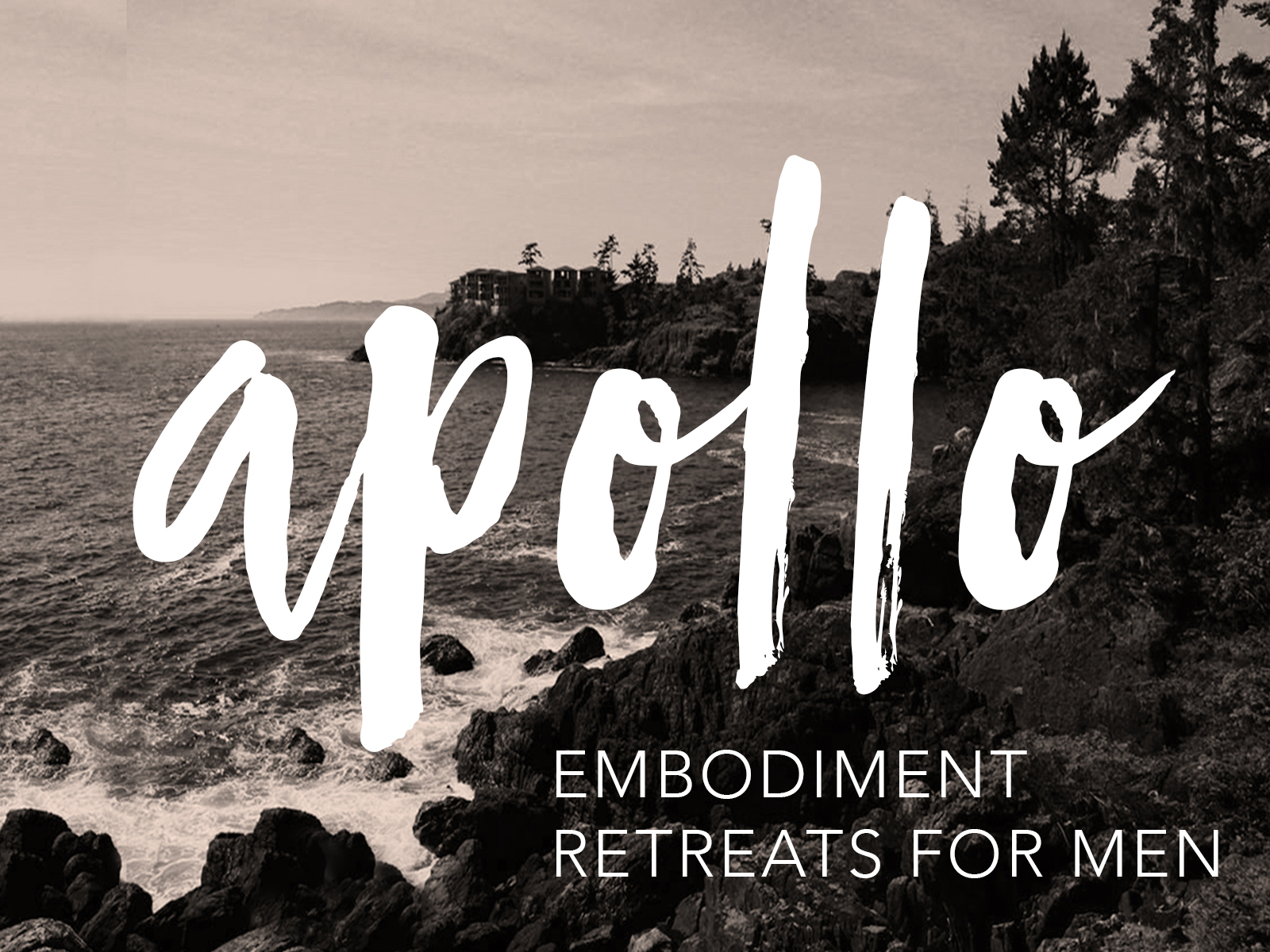